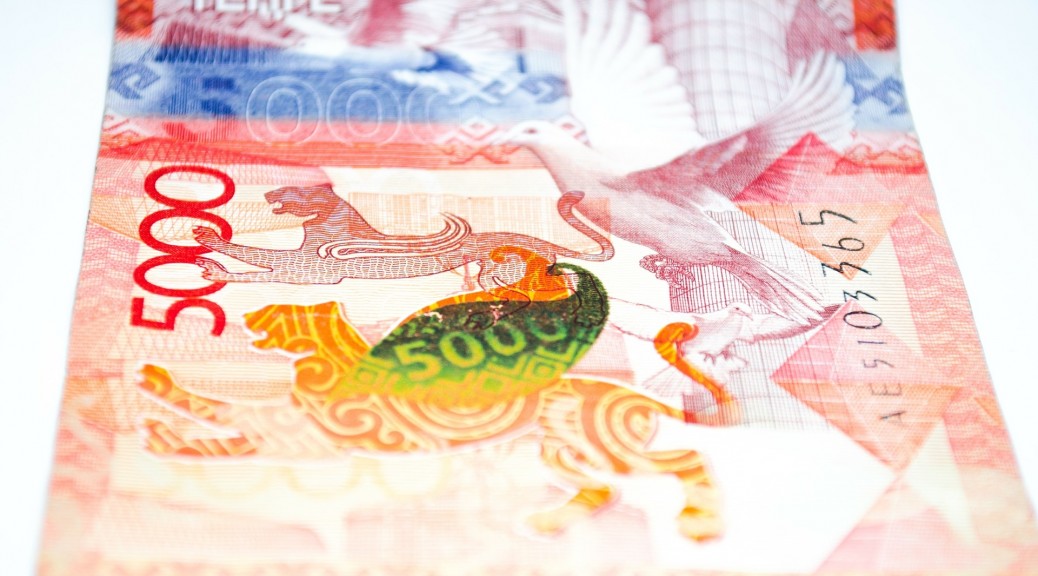 The June visit to Kazakhstan by UK Prime Minister David Cameron may be viewed in the coming years as an important landmark for President Nazarbayev.

It was the first official visit to Kazakhstan by a serving UK prime minister, who was accompanied by more than 30 British company executives, signing off on contracts worth more than $1 billion.

But while the UK has traditionally been one of Kazakhstan’s biggest foreign investors – $11.7 billion between 1993 and 2013 – it was the timing of the visit that was indicative of changing times.

For many observers, the prime minister’s visit was seen as a tacit acknowledgement that Kazakhstan would shortly be a member of that most exclusive of clubs – the World Trade Organisation (WTO). As a result, other major global investors could soon be beating a path to President Nazarbayev’s door.

Although it is already an established regional economic powerhouse, Kazakhstan’s accession to the WTO will give the country further impetus for global leadership.

To underline the optimism ahead of the December conference, WTO director general Pascal Lamy told reporters around the time of Prime Minister Cameron’s visit that accession “could be doable this year”. If achieved, it will be the culmination of a 17-year process.

What it takes to join the WTO

The country first applied to the WTO in January 1996, providing an early demonstration of Kazakhstan’s lofty ambitions, signalling an eagerness to embrace international trade and openness.

Nevertheless, accession to the trade organisation is a long and arduous process – it took Russia 19 years to become a member. To illustrate the complexity of the process, the Working Party on Kazakhstan’s accession comprises 39 member states, including the 27 EU member states acting as one single party. The government had to jump through a number of hoops during the WTO vetting procedure. To understand how this complicated process works, it’s worth having a look chronologically at what’s involved:

This last point is the one Kazakhstan hopes to achieve at the December 13 meeting.

During the past few years the government has made a huge effort reforming the investment climate as a foundation for private sector development and competitiveness of the economy, while reducing regulatory obstacles for doing business. This has translated into a significant improvement in the Doing Business (DB) rankings and other indicators. For instance, Kazakhstan’s overall DB rank improved to 49th in 2012 from 58th in 2010.

Steady progress has also been made in securing bilateral trade agreements with WTO member states. A significant agreement was reached in 2010, when Kazakhstan completed its six-year negotiation process with the US.

By December 2012, bilateral negotiations with WTO members on market access for goods and services were at an advanced stage. At a meeting of the Working Group in June 2013, the state of play of the bilateral market access negotiations on services and goods was reviewed and members also reviewed the legislative developments.

Tying up the remaining loose ends

“Time is of the essence,” said Working Group chairman Vesa Himanen. “Collectively, we need to build on the progress under way, redouble our efforts and focus on tying up the remaining loose ends as quickly as possible.”

To underline this urgency, the WTO Secretariat has been assigned a key responsibility to assist the completion of Kazakhstan’s accession – which by December should be a formality.

Furthermore, Kazakhstan’s accession to the WTO is backed by all major world powers, such as Russia – already a crucial trading partner – the US and the EU, so tying up “loose ends” should not pose any insurmountable problems.

With Kazakhstan’s accession to the WTO, the event is expected to launch a new era of economic growth by opening up the economy to more foreign investment. To this end, the government is launching its Strategy 2050, which aims to make the country one of the 30 most competitive nations in the world by 2050.

Its previous programme, Strategy 2030, was a marked success and achieved its objectives of making Kazakhstan rated one of the 50 most competitive nations in the world in major listings.

The strategy also highlights the importance of maintaining disciplined fiscal and monetary policies to ensure a solid management of the country’s natural resources; investing in infrastructure, education and innovation to sustain a diversified and inclusive growth; and moving towards a ‘green economy’ to ensure environmentally sustainable growth.

It also seeks to improve areas where Kazakhstan is not so highly rated. It currently ranks only 155 out of the 185 nations on the World Bank/IFC report for ease of obtaining constructing permits, while it ranked a lowly 182 for ease of cross-border trade.

The government is already moving on this. In February 2013, Prime Minister Serik Akhmetov chaired a cabinet meeting devoted primarily to new legal and administrative reforms to improve the country’s competitiveness within the next year. At the heart of this meeting were measures to streamline the construction permit process and to improve better conditions for cross-border trade.

Another factor that has attracted overseas investors is the country’s economic and political stability. Kazakhstan was the first nation in the Commonwealth of Independent States (CIS) to receive an investment credit grade from a major credit rating agency. Kazakhstan is now rated by all three major rating agencies: Standard & Poors, Fitch, and Moody’s.

As part of the accession process, Kazakhstan has been liberalising key sectors of its economy. For example, the 49% foreign-capital restriction for joint ventures supplying architectural, urban-planning, construction and engineering services has been eliminated.

“Legal entities of Kazakhstan with 100% foreign ownership will be allowed to provide these services,” said Kairat Umarov, Kazakhstan’s ambassador to the US, in an address to the Central Asia-Caucasus Institute at Johns Hopkins University School of Advanced International Studies in Washington, D.C. on February 13.

Major steps towards liberalisation in the financial services sector were taken as far back as 2006, when the 50% limitation on foreign participation in the banking and insurance sectors was eliminated.

“Accession to the WTO has always been and remains a foreign policy priority for Kazakhstan,” Ambassador Kairat Umarov said. “To make that happen Kazakhstan has implemented comprehensive reforms aimed at building sustainable market economy policies and institutions.”

He added that Kazakhstan is carefully reviewing the policies applied by WTO members to facilitate development of ‘services based’ industries, which supply new types of services and produce high value-added goods in a WTO-consistent way.

Kazakhstan has made giant economic strides since it first applied to join the WTO and when – as expected – its accession occurs, this development is set to continue as the country becomes an increasingly significant regional and world trading nation in the coming decades.