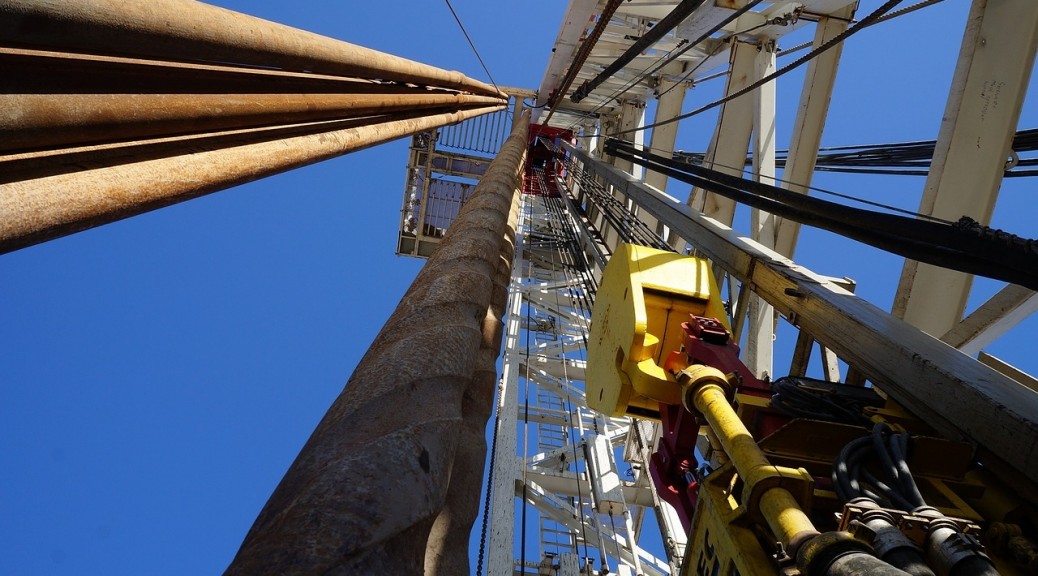 For the past decade, refining oil and gas in Kazakhstan has been the poor cousin of upstream activity. Most foreign investment has focused on oil exploration and extraction, while refining has relied largely on three antiquated refineries, the most recent opened in 1985.

The knock-on effect of this dearth of downstream activity is a continuing reliance on foreign suppliers of refined oil and gas, high consumer prices and low quality, locally refined products.

But this summer three events signified that a new chapter was opening for Kazakhstan’s oil and gas refining story.

In late June, President Nursultan Nazarbayev invited British Prime Minister David Cameron to unveil the new oil and gas processing facility at Bolashak. The oil treatment plant, to be run by Royal Dutch Shell, is one of the largest industrial facilities in Kazakhstan capable of handling 450,000 barrels of oil a day, as well as 8.8 billion cubic meters of gas a day. Importantly, for the president it’s also a huge local employer with 2,500 staff.

The huge Bolashak facility will process crude flowing from Kashagan in the Caspian Sea and, after some delays, Kashagan is expected to produce its first oil in September, although many oil traders believe a more realistic timetable for production is spring 2014.

Meanwhile, back in Astana, Oil and Gas Minister Sauat Mynbayev was dismissed after 6 years in the job in what observers viewed as punishment for the delays at the Kashagan offshore oilfield. Impatient with this lack of development, President Nazarbayev hired technocrat Uzakbai Karabalin instead, according to observers. Mynbayev was given the job of leading national oil and gas company KazMunaiGas (KMG).

“I believe one reason behind Mynbayev’s resignation is the postponement of commercial output at Kashagan,” political analyst Dosym Satpayev told Reuters. “This issue has long been a headache for the government. Kashagan’s delayed output has long been unnerving the president and the government.”

Nevertheless, delays or not and despite the absence of Mynbayev, the opening of the Bolashak processing plant is a step towards domestic refining capabilities that President Nazarbayev is eager to achieve. “This launch is ground breaking for Kazakhstan,” he said. “Without it Kashagan crude couldn’t reach the market. The name “Bolashak” (translated as “future” in Kazakh) is of special importance. It will be another symbol of the flourishing future of Kazakhstan.”

Elsewhere in July, and conscious of the need to modernise existing facilities, KMG awarded US company Honeywell UOP the upgrade contract for the Pavlodar Oil and Chemical Refinery (POCR). The move will improve oil production and clean up emissions, and signals the start of the modernisation of all three existing petroleum refineries, which include Atyrau and Shymkent, along with POCR.

The three refineries were built during the Soviet era with a total capacity of 15 million tonnes of oil a year, and significantly fail to meet current domestic demands. The Honeywell UOP award is the first contract signed by KMG in its planned $6 billion upgrade of the three refineries. The aim of the upgrades is to increase annual capacity to 19.5 million tonnes by 2015.

The new units at POCR – using the new technology – will start up in 2015, and will process 7.5 million metric tonnes of crude feedstock into gasoline blending components and high-quality diesel per year, increasing the depth of conversion to more than 90%.

Since 1978, POCR has been Kazakhstan’s largest oil processing plant, accounting for 30% of refined product output in the country. The combined output of the three refineries is currently 430,000 barrels of oil per day.

Part of the government agenda for domestic processing has also been the move towards cleaner fuels. In January, former Oil and Gas Minister Mynbayev announced that by January 1, 2016, all refineries would meet Euro-5 oil and diesel production standards, Euro-5 being a directive by the EU that defines limits for exhaust emissions. Current oil refinery products only achieve Euro 2 standards, the minister admitted.

“These projects will be a priority,” he said. “They’ll be modernised in stages through to the end of 2015.”

The steps for modernising the refineries will also include retooling, which will lead to greater production of “light” oil products, Mynbayev added. The transition will mean more high-octane oil, diesel and aviation fuel, and lower production of “heavy” products like fuel oil.

Increasing the production of light products, such as gasoline, crude naphtha (a component of commercial gasoline), kerosene, light heating oil, and diesel fuel will require increasing the depth of oil processing to 85-90%, which will reduce waste production,” said Anna Sinchenko a specialist at Moscow’s Russian Peoples’ Friendship University Department of Oil Field Geology, Mining, and Oil and Gas. This strategy will help Kazakhstan to drive its economy and reduce petrol prices, she added.

Improving quality and the environment

Above all, the programme will have a positive environmental impact, ecologist Konstantin Adamov, a consultant for the NGO KazEcoProject, said.

“In the first place, emissions from the refineries themselves will become less hazardous,” he said, “and, second, higher-quality gasoline will make the greenhouse gas emissions from vehicles 50% cleaner.”

Almaty is the most polluted city in Kazakhstan, with more gasoline-burning cars than anywhere else, emitting about 2.18m tonnes of carbon dioxide a year, Adamov said.

“If a modernised oil refinery were near our largest megalopolis (Almaty),” he added, “The country’s number one polluter could directly switch to Euro 5-class fuel. However, there’s still a shortage of clean gasoline and because there are so many cars in Almaty – more than 500,000 – the environmental situation still leaves a lot to be desired.”

Kazakhstan, although rich in crude oil, depends on foreign sources for much of its high-octane fuel. Modernisation of the three refineries is expected to eliminate this dependence and make the country more self-sufficient in cleaner, refined fuel production. In the first half of this year, Kazakhstan’s petroleum refineries processed 7.2 million tonnes of crude oil – almost 11% more than in same period last year, according to the Oil and Gas Ministry said. Modernisation will increase production capacity to 17 million tonnes a year.

Moreover, plans have been made for the building of a fourth oil refinery, which will begin soon. Evaluations have been made by independent experts who agree that the combined capacities of the three modernised refineries are not be enough to meet the local needs by 2024.

“We believe that we have to start building the fourth refinery in 2016,” former Minister of Oil and Gas Mynbayev said in the Majilis (Lower Chamber of the Parliament). But he added that no final decision on construction of the fourth refinery had been made yet: “Location is still an open issue right now.”

Meanwhile, earlier in the year KMG said the government planned to invest $3.7 billion in the huge gas processing plant at Karachaganak oil and gas field, developed by international consortium Karachaganak Petroleum Operating (KPO), which is led by the UK’s BG Group (29.25%), Italy’s Eni and with KMG as 10% shareholder.

“The plant will work to meet the needs of the country’s capital, Astana, and the northern regions starting from 2017,” KMG told news agency Bloomberg.

Kazakhstan last year acquired its 10% stake in the Karachaganak oil and gas project after more than two years of disputes over tax payments and recovery costs, opening the way for the field’s third stage expansion, estimated by KMG to cost $14.5 billion.

Nevertheless, the third stage of the project was put on hold indefinitely in May. “As for the third stage, a decision has been taken together with the oil and gas ministry … that we are not going to launch it for the time being,” KMG Chief Executive Officer Lyazzat Kiinov told a news conference.

He gave no reason for the delay of the third stage.

As the project was postponed, KPO issued a statement saying it was committed to the sustainable future of the plant. “Operating as a responsible corporate citizen, KPO works towards achieving a sustained success for the benefit of the Karachaganak Partners and the Republic of Kazakhstan,” the company said.

In 2012, KPO produced 139.5 million barrels of oil equivalent of stabilised and unstabilised liquid hydrocarbons, gas and fuel gas. 8.6 billion cubic meters of sour dry gas were re-injected to maintain reservoir pressure, which is approximately 49% of the total volume of produced gas.

The field’s area is 280 square kilometers, its reserves are valued at more than 1.2 billion tonnes of oil and condensate and more than 1.35 trillion cubic meters of gas.

Meanwhile, Kiinov said Karachaganak was currently producing between 10 million-12 million tonnes of liquid hydrocarbons per year and had plans for an agreement with Russia to create a joint venture at the Orenburg plant in Russia, which imports gas from Karachaganak, adding that the agreement must “take into account” the building of the Kazakh facility and the oilfield expansion.

Some 7-8 billion cubic meters of gas is supplied to the Orenburg-based gas processing facility; the processed gas is then brought back to Kazakhstan to feed the northern regions of the country.

“Today we have made the following decision,” Kiinov said. “Those 8 billion cubic metres of gas sent for processing (to Orenburg) will continue flowing along the same route, and the remainder will be reinjected into the well.” Gas can be re-injected into an oil reservoir to increase its pressure to maintain the desired production level.

“We have decided to send around 1.5 million tonnes of crude to China to be processed at a refinery in XUAR (the Xinjiang Uyghur Autonomous Region) within tolling contracts,” Kuandyk Kulmurzin, Head of the Oil Industry Development Department of the country’s Ministry of Oil and Gas, said in an interview on website, Primeminister.kz.

He added that about 1 million tonnes of petroleum products will be brought back to Kazakhstan before the end of the year.

Conversion rate at China’s refinery reaches 90%, with light petroleum products accounting for 83% of the end products, whereas the current conversion rate at Kazakhstan-based oil refineries stands at 60-70%.

According to Kulmurzin, tolling operations help to keep the prices for the end product relatively low.

He emphasized that tolling operations will enable Kazakhstan to reduce twofold imports of petroleum products from Russia from the current 40% to 20%.

Another initiative aimed at encouraging foreign and domestic investment – mainly small and medium sized enterprises – into  the oil and gas sector was for the expansion of the Aktau Seaport Special Economic Zone (SEZ) into an area focused on oil and gas production, according to the Vice-Minister of Industry and New Technologies, Albert Rau.

“The SEZ has produced positive results, but we believe that it is still not being used to its full capacity,” Rau said. “It should specialise in the oil and gas sector and focus on offering it as wide array of services as possible. The seaport should be used to transport goods produced in the SEZ to foreign markets via the Caspian Sea.

“We believe that we need to re-launch the SEZ, i.e. we need to move it away from general seaport functions and make it a zone specialising in the oil and gas sector,” Rau said on a conference call to the Kazakhstan government. Nevertheless, Rau was not specific about the type of oil and gas opportunities open to investors at the Aktau SEZ.

Aktau Sea Port SEZ was established in April 2002 and is 20 square km. The port mostly handles oil-bulk cargo, metal products and grain. Since the beginning of 2013, at Aktau the shipment of oil and oil products has reached almost 3 million tonnes.

Kazakhstan’s SEZs provide benefits for foreign and domestic investors setting up in the area and includes corporate, land and property tax breaks. There are also exemptions on customs, duties and process technologies licences.