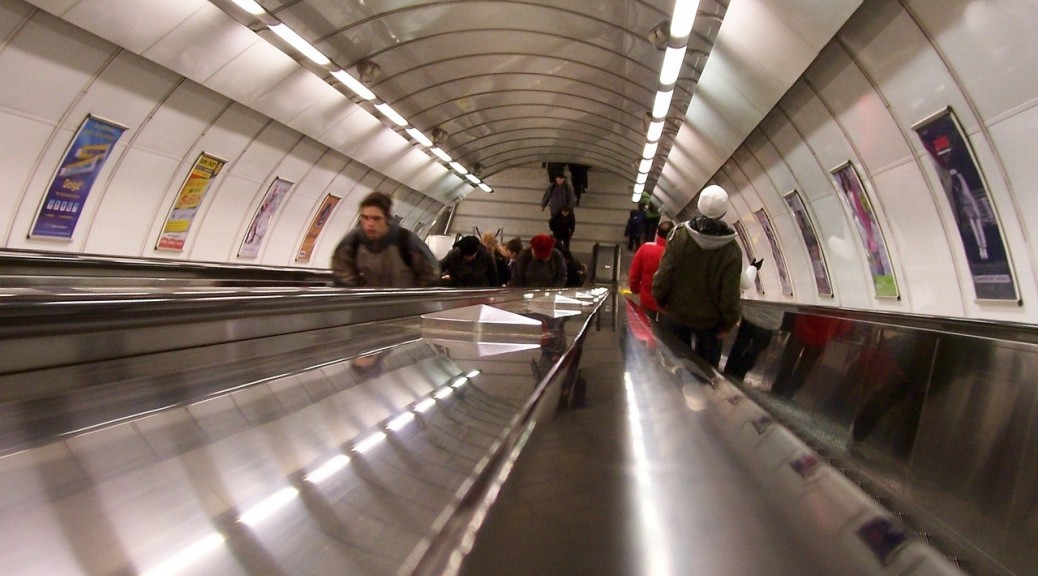 The Czech Republic has become a renowned centre for IT and software innovation in Europe – and it intends to build on this reputation.

When Internet giant Amazon announced it was locating its main European warehouse to the Czech Republic in late 2013, the rumour mill quickly gathered momentum about other possible Amazon logistics centres in the country.

As well as a warehouse in Prague, commentators claimed Amazon was to follow the likes of IBM and Microsoft and open an operations centre in the country’s second city, Brno. The planned international warehouse near Prague is estimated to be about 100,000 square metres, while the mooted centre for Brno would be a similar size.

If all goes according to plan, the two distribution warehouses will open in 2016 and between them will employ some 4,000 people.  Strategically, the idea is to build one warehouse close to Prague to service Germany and Western Europe, while the logistics centre for Brno would service the Central and Eastern European markets.

Although Amazon has yet to confirm the move to Brno, the city is fast emerging as the innovation capital of the country; a favoured location for technology start ups and international software giants that view the Czech Republic as the natural centre for ICT in Central Europe.

Indeed, annual funding for the city and surrounding area is now some euro450 million, about half from private enterprise and the remainder from the government and EU.

Brno is home to some 400 research and development companies, from giant software corporations to small tech start ups and scientific research institutes. The city boasts three technology universities and, unsurprisingly, has become a magnet for domestic and overseas technology investment. And the gallery of international giants is impressive, including India’s Infosys BPO, Microsoft, IT management consultancy Logica and IBM. IBM’s office in the city has become an integral part of IBM´s outsourcing organisation.

The city’s technology park has more than 52,000 square metres of office and high tech production space and the park’s planners hope to expand this still further. International companies located there include Silicon Graphics, Motorola and UK telecoms giant Vodafone, while home grown Czech software companies based there include Y-Soft Corporation

Other local success stories include Red Hat, the world’s leading provider of open source solutions, which has set up an office in the city’s Forum Business Centre II. Meanwhile, Brno-based software applications company Mautilus recently signed a deal with icflix, a Dubai-based movie and TV streaming service. Along with Mautilus’ Brno-based head office, the company’s technical centre is located in Beroun, southwest of Prague.

“If this goes well, this is just the beginning. Many extra platforms will come,” Mautilus’ CEO Rehor Vykoupil told the Prague Post. “We do a lot of work for international software houses and agencies.” He added that customers appreciate the creativity of Czech companies: “You can say it’s German quality at a cheaper price.”

As a sign of the times, the original contact with icflix was made through social networking site LinkedIn, where many of the finer points of the deal were worked out.

Brno is ranked among the EU’s top 50 most innovative regions and the target is for the top 20 in 2020, said Miloš Šifald, head of the South Moravian centre for international mobility, to the weekly Týden. “We should be up their along with such cities as Heidelberg and Gothenburg.”

Šifald was echoed by Mautilus’ Vykoupil who said Brno is an excellent place for finding talented software developers through its three technical universities.

Along with these existing universities, there are also plans for an EU-funded euro230 million Central European technology institute (CEITEC) to be located in in the city. Some 200 international firms and research institutes have already pledged to work with CEITEC, according to centre director Tomáš Hruda, who previously headed the Czech agency to encourage foreign investment, CzechInvest.

And the Czech Republic’s aims of becoming one of Europe’s top ICT destinations are not lost on key figures in the international software industry. The country already has an enviable global reputation as a location for Internet security giants such as Avast! and AVG, along with the emerging TrustPort, another Czech firm.

Indeed, this reputation has been further enhanced following the arrival of Silicon Valley innovator and former head of Mozilla, Gary Kovacs, who took over as chief executive of AVG, one of the world’s most popular free Internet security software programs.

Kovacs acknowledged that his move to Prague was a result of the huge global popularity of the AVG antivirus software.

“AVG has an established customer base: 150 million users. It really has the trust architecture to protect people,” Kovacs was quoted by CNET news. Furthermore, he believes that AVG is perfectly positioned to take a huge slice of the emerging mobile Internet business. This will not just involve smart phones and tablets, but also other areas of innovation. For example, AVG recently signed a deal with French car maker Renault for its models to adopt AVG mobile security.

Kovacs added that it took 22 years for the first 2.5 billion people to become web users, while the next 2.5 billion “are coming online in the next five years”.

“More and more of us are going to put ourselves online in little bread crumbs here and there,” he said. “We have locks for our doors, but not for the Web. The vision of AVG is to simplify ourselves online and protect ourselves.”

“In our mission to empower the next 2 billion web users, we’ve made great advances in desktop and mobile and in our ability to lead at the pace of the market. The challenge is building a product that works in a consistent manner, no matter what platform you port that to.”

Meanwhile, early in 2014, the other local security giant Avast!, which has 170 million users globally, sold an unspecified stake in the company to US-based investment fund CVC Partners. The deal will probably result in Avast! postponing its planned IPO later in the year. CVC said the transaction values Avast! at $1 billion, doubling its value since 2010, when Boston-based Summit Partners bought 20% for $100 million. Avast! is now the best-rated security app in Google Play, and the antivirus software was the top downloaded software on Download.com last year. New product launches for 2013 included Avast! Free Antivirus for Mac; Avast! 7.0 series.

All this heady activity by global players is encouraging other companies looking to expand in the region. Brad Amico, head of EMC, a US company going head-to-head with the likes of Dell, Hitachi and IBM to provide data storage and IT-related services, is based in Austria but believes the Czech Republic is the cornerstone of ICT regional expansion for his company.

He told local journalists he intends to grow at three times the market growth rate in the Czech Republic, while using the country to reach out to other territories in the region.

But ultimately the country’s reputation as a dynamic technology destination relies on the expertise and dogged development work done by local innovators. A typical example of this is Radim Nedbal and Babak Mahdian, researchers at Prague’s prestigious Czech Technical University, who won the New York enterprise award for software innovation a few years ago.

The couple’s product, VerifEyed, took some seven years to develop, and is designed to authenticate photos, videos and documents by verifying if the files have been corrupted or modified. During the award ceremony Nedbal was asked why the Czech Republic had become such a renowned destination for IT innovation, including global brand such as AVG and Avast! He quipped that he looked at IT innovation as a high-tech game “and this is exactly what researchers and developers in the Czech Republic love to indulge in”.