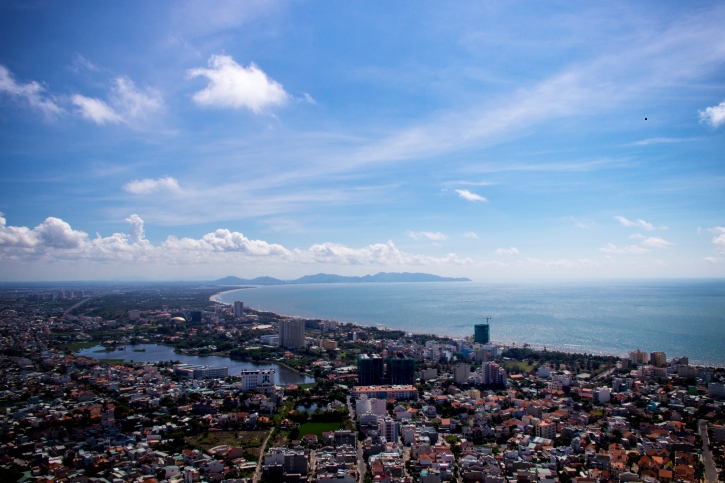 Yuri is a haunted man. His eyes have that wary look of a veteran who saw too much horror and who now suffers nightmares and insomnia in equal measure. His face twitches and he scratches nervously as he talks. For three years in the Soviet paratroops he was a hunter-killer in Afghanistan, a hit man dropped behind enemy lines to take out heavily armed convoys creeping along the roads of the Hindu Kush mountains. The mojaheddin could never catch him, and he always made it home.

Tonight, however, over sour vodka and shaschlyk, he admits the experience terrified him and that he wet himself on every jump he made. “Hell. Everytime wet through,” he says pointing to his crutch and laughing with a mouthful of borsht. After several hours of downing neat vodka, Yuri is also very drunk.

After being badly burned inside an exploding truck, he was invalided out of the Soviet army, convalesced in his native Ukraine and then as a reward for his valour … sent to Manchester to study English. And clearly Manchester still has a grip on his imagination. “Kanchelskis. Manchester United. Yes great, great days,” he smiles. “If it were not for Manchester I would not be here with you now, speaking English, earning good money. In Vietnam.”

Not surprisingly, perhaps, Vietnam is a mecca for ex-Soviet citizens such as Yuri. It’s a country that represents much of what was lost after the collapse of communism in Russia. It’s a stable, authoritarian, communist haven where striking workers, political troublemakers and gangland hit squads are still shipped to tropical gulags and conveniently forgotten about. For Yuri and his fellow expatriates it’s a tried and tested system that always worked well, but unfortunately no longer works at home.

Over 2,000 former Soviet citizens, Russians, Ukrainians and even Chechens, live in the southern Vietnamese port town of Vung Tau, working for Vietsovpetro, a huge Brezhnev-era oil monolith that refuses to die. It’s there with a little help from their erstwhile Vietnamese allies that the Russian citizenry jealously guard their disappearing Cold War values against the encroaching New World Order.

The town is also Vietnam’s favourite seaside resort with hydrofoils shipping thousands of Vietnamese daytrippers in from Saigon. A sort of Clacton-on-the-South-China-Sea. During French colonial rule it was named Cap St Jacques and was the plush Riviera of Indochina. Luxury hotels lining beach front boulevards entertained the likes of Somerset Maugham and Margerite Duras during the roaring 20s and 30s.

But after all the wars, revolutions and occupying American GIs, today the Grande Dame of the Indochina beaches looks more like a haggard old bag lady up for some spare change. Most of the tamarind-lined boulevards and stucco French villas are now gone, replaced by crumbling Soviet-era, brieze-block hotels and shops emblazoned with Russian Cyrilic script. The ruined, potholed roads are jammed with tatty old Ladas and Skodas belching fumes from their two-stroke engines. Cafes line the streets selling borsht and Siberian dumplings, while bars sell vodka poured by Russian-speaking Vietnamese prostitutes.

In the past Vung Tau was renowned for having more secret policemen than inhabitants and today’s Russians still keep a healthy distance from other foreign workers in the town. They live quiet, suburban lives in the safety of a vulgar, slate grey enclave called the Russian village that could be any Stalinist-era housing estate from Volgograd to Vladivostock. The difference, though, is that while Russians back home are queuing to get out of theirs — in Vung Tau they’re queuing to get in.

The village offers many of these people the kind of stable family lives that have since disappeared back home. It has a school that is the envy of struggling parents back in the motherland, it has a hospital with 30 doctors, shops, social clubs and restaurants, Russian TV is beamed from Moscow and there’s even a radio station. For an average Briton it may look like a grim housing estate in Deptford, but for the Russians it’s a modern Shangri La, as appealing as a dacha on the Black Sea coast.

And competition to work there is fierce. Yuri, who is a translator, applied several times before he was taken on. Engineers, technicians and middle managers are all having to fight to work in Vung Tau and many who work there stay on for the longterm. Some have been in Vung Tau for 20 years. Some of their children have never lived in Russia.

In relative terms salaries are also good, the Vung Tau Russians earning between $600-$900 a month. Back home it’s closer to $200. Yuri, a proud graduate from Manchester, takes home $800 a month, sends half of it to his mother in Kiev and, more importantly, is paid on time.

“In Russia there is no telling when you will be paid,” he moans. “And when you are paid, the money is too poor to live on. In Moscow now it is impossible to buy apartments. But with my salary here I can afford one.”

In the cool, tropical evenings families promenade the streets of the village. Bear-like peroxide blond women cuff children immaculately dressed in polyester 70s slacks and wide collared shirts, while husbands puff on strong, filterless cigarettes as they amble their way to the village’s vodka bars. Talk, however, is tinted with nostalgia for the past. They all yearn to go home, yearn for Russia to be how it was — strong and powerful. And everyone, without exception, blames America for their current state of affairs.

Yuri’s barely coherent drunken chat peters out in the middle of an anti-Clinton rant and he slides helplessly from his chair to the floor. Russian men are good natured drunks and Yuri’s paralysis has his colleagues around the table roaring heartily like rowdy Vikings enjoying a good drink after sacking Lindisfarne. His boss, Viktor, takes over the proceedings.

Viktor is a thick set, stocky Siberian, 48 years old with a balding pate and sad, drunken eyes. His is a Dosteyevskian sense of doom laced with the Russian poet’s sense of deep, black humour.

“Of course I miss Russia. We all miss Russia,” he says. “Here there are no seasons. How can you have poetry without seasons? There is no poetry here. It rains then it does not. That is the season.”

And like all the Russians in Vung Tau, Viktor blames a combination of political cronyism at home with American opportunism abroad for the disintegration of his beloved Soviet Union, which he often refers to instead of Russia.

“Yeltsin? He is clearly insane. He can no longer walk or talk, how can he run the Soviet Union? And Clinton. He is a hypocrite. The Americans need Russia to be weak. They helped Gorbachev destroy the Soviet Union, now they help Yeltsin to keep her weak. But there is no one after Yeltsin.” Apart from Yuri, who is speechless on all fours on the carpet, the other dozen or so drinkers in the bar nod in unanimity.

Vitkor claims all the ruling politicians in Russia are currently in the pocket of the feared Russian mafia. He says everyone in the village is fearful for their country and he’s especially fearful for his 20-year old daughter at the University of St Petersburg.

“I am very worried. It’s becoming more violent and no place for a young girl to live. Here is good for the family. It is peaceful and we earn good money that we can send home to our families

“We all know Russia will have a civil war soon. What do we do? We stay in Vietnam, that’s what we do. If I or Yuri go home we will not find work, there is no work. For most workers living here there is nowhere else to go, so they all want to stay here.”

Sadly for Vung Tau’s Russians the unthinkable is starting to happen as the outside world begins impinging on their obsessively ordered lives.  Despite die-hard Vietnamese rhetoric about brothers united against imperialism and bonds forged through desperate struggles, Vietnam needs hard currency and Russia is all but bankrupt. Pragmatically the Vietnamese see cash cows like the United States and the Europeans as future business partners. In the late 90s, ideology and old friends have to take a back seat.

Vietsovpetro is also trying to cut overheads by localising many of its Russian staff and there’s even talk of farming out some of its oil fields to richer western oil companies. Jobs have been slashed in the past few years and for the majority of Vung Tau’s Russians the gravy train looks about to become permanently derailed. Viktor and Yuri may have little choice but to head for home in the very near future.

The subject raises difficult questions in the bars of Vung Tau. Even gregarious Viktor is silent at the thought of what happens next. He resorts to more shots of vodka. In the subdued silence Yuri lifts his head up to table height and snatches at a vodka tumbler. “Here is my friend from Manchester,” he says, raising his glass to me. “Please let’s drink more to Manchester, to Duisbury College of Further Education. Great, great days.” At this, all Russians in the bar raise their vodka tumblers and toast Manchester.

Few Mancunians would ever see their home town as the promised land, but for Yuri and his friends it’s like toasting Eldorado. An unobtainable dream of wealth and security with me as its representative for the evening. Sadly, my descriptions of Eldorado are fairly limited. I’ve never been to Manchester, but I couldn’t tell them that.

This first appeared in the South China Morning Post, 1998