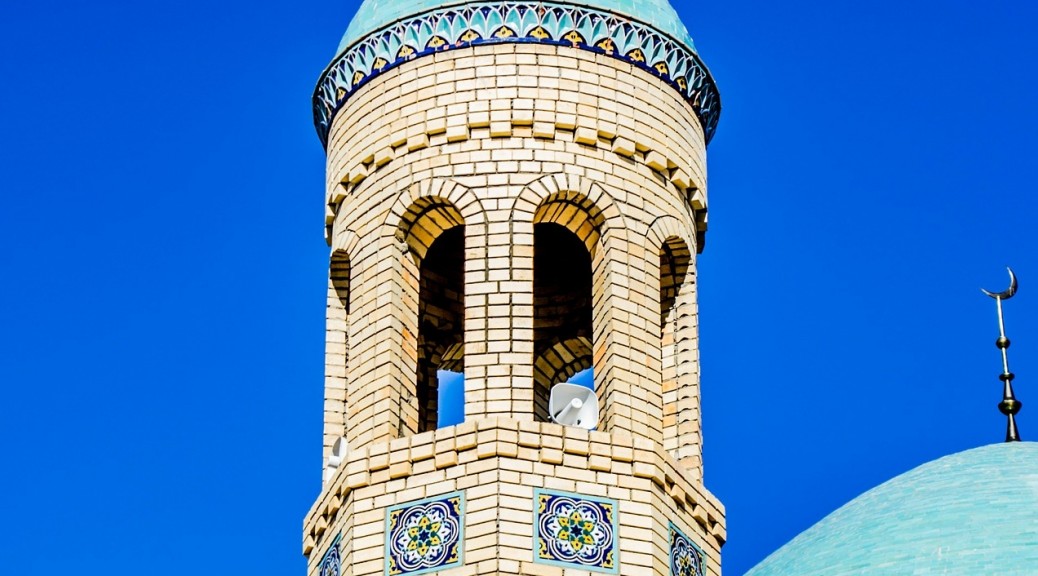 Love him or loathe him fictional buffoon Borat has been good news for Kazakhstan’s tourism industry.

A year ago former foreign minister Yerzhan Kazykhanov – now assistant to the president – admitted that Borat, created by British comedian Sacha Baron Cohen, had helped to increase visitors to the country by tenfold in just 5 years.

Nevertheless, tourism insiders agree that it was only a matter of time before Kazakhstan became a popular holiday destination – with or without the Borat effect.

Kazakhstan is the ninth largest country in the world with an untapped wealth of tourism potential. For the urban visitor it offers the cultural sophistication of Almaty, with its museums, Zenkov Cathedral and nearby ski resort. Meanwhile, the more adventurous visitors can trek along the historic Silk Road or across the Tien Shan mountains, take helicopter rides to Lake Kolsey or hiking tours through the Katon-Karagai National Park.

Unsurprisingly, then, Kazakhstan is fast becoming a popular destination for independent tourists looking for somewhere different – and those looking for alternative skiing holidays outside Europe.

Along with the more traditional travel agencies advertising Kazakhstan as a must-see destination, bloggers are also playing their part in highlighting the country’s unique sights.

Surfing Google brings up a plethora of blogs written about the different travel and tourism hotspots around Kazakhstan. For example, the popular and ironically titled skiing blog, piste-off.com, tells readers about the best skiing destinations. Elsewhere, bloggers tell their fans about the wonders of the Singing Barhan (mountain) or the cave paintings in the Tamgaly Canyon. These days social media plays a huge part in promoting the country’s tourism sites to a global audiences at no extra charge through blogs, Twitter and Facebook.

But while independent travelers open up previously unknown sites to the wider world, large investments in resorts and infrastructure developments continue apace. Recently, for example, the big international tourism centre to be built at the shore of Kapshagai reservoir in Almaty Oblast was given the go ahead.

This development will feature hotels, entertainment complexes and sports centres, and is tipped to be one of the premier resorts in Central Asia, according to Amandyk Batalov, first deputy of Akim (Governor) of Almaty Oblast. He added that funding for the project was in its early stages and would be undertaken by state organisations, while international investors would be encouraged.

Elsewhere, the building of the Kok-Zhailyau ski resort in Almaty was given the green light in June by Nurlan Kapparov, Minister of Environmental Protection, following final negotiations with the mayor of Almaty, Akhmetzhan Yessimov. The project will involve developing a new ski resort and building local infrastructure – while supporting the emerging ski tourism industry, according to Kapparov.

But probably the biggest recent fillip to Kazakhstan’s tourist industry in the past year came in November 2012 when Astana was selected to be host to the Expo 2017 World Fair. This will be the first time a World Fair has been held in a Central Asian country. Although primarily an event based around technology and energy, the knock-on effect for tourism in Kazakhstan and throughout emerging Eurasia will be significant.

“The Expo 2017 will highlight a new awareness of Central Asia as well as promote the economic development of Kazakhstan and the region. It will have a long-term economic effect,” said Foreign Minister Erlan Idrisov.

For President Nursultan Nazarbayev, the role of China in supporting Astana as host was crucial; he hopes the event will bring some five million visitors to the capital. In response to China’s help with the World Fair selection, the president declared 2017 to be the year of Chinese tourism in Kazakhstan. Meanwhile, work will shortly begin on a brace of new hotels and resorts due to spring up around Astana to accommodate the throngs of visitors.

Prior to 2017, ethnic villages will also be built outside the capital, modelled on Olympic villages in London and Rio. This construction will have a dual benefit of improving infrastructure around Astana, while capitalising on the rise of ethno tourism in Europe and the US.

President Nazarbayev said the authorities will provide up-to-date roadside services along the tourist routes for all visitors: “This requires the development of domestic logistics. There is also room for the development of local aviation. And it is crucially important to have the Astana-Pavlodar, Astana-Kokshetau and Astana-Karaganda highways in excellent shape,” he added.

Meanwhile, alongside the plans for hosting Expo 2017, delegates at the IV Astana Economic Forum held in April 2013 heard the government lay out plans for developing tourism in the cities and rural areas alike. Kanysh Tuleushyn, Vice Minister for Industry and New Technologies, told the assembled audience that all necessary measures were being taken “to stimulate the development of international and domestic tourism and to promote its integration into the world economy.”

One recent initiative is to drive tourism infrastructure into the country’s western regions, where plans are being drawn up to develop beach and adventure holiday destinations based around the main centre at Kenderli beach resort

Chairman of the Kazakhstan Institute of Industry Development Azamat Akhmerov presented a blueprint of tourism development in the area to be implemented to 2020. To achieve this, he said tourism in Kazakhstan would be divided into several clusters by regions.

Akhmerov said the idea of developing these tourism clusters is expected to be approved by the president shortly.

“The concept has clear targets with the goal of making Kazakhstan one of the globally recognised tourist destinations by 2020,” he said. “According to forecasts, we will be among the top 50 or 60 countries by tourism volume by that date.”

Other major tourism events during 2013 included the Kazakhstan International Tourism Fair 2013 at Atakent International Exhibition Centre in Almaty in April and the Astana Leisure 2013 exhibition, due to be held in the autumn. This latter annual event is now drawing larger numbers of delegates and exhibitors, according to Victoria Karatsupa, the exhibition manager. “We are pleased that the international interest in Kazakhstan is getting bigger every year,” she said. “In 2006, the exhibition had about 20 companies from 7 countries, this year it’s planned to have more than 60 participants from 15 countries.”

The capital city itself has had a surge of tourist visitors during the past few years. The city authorities plan to introduce bus tours in Astana and Almaty as a result of increasing visitor numbers in the year ahead. Some 522,000 tourists visited Astana last year, including 117,000 foreign visitors up from 470,000, the previous year.

The city administration links the increase of tourism generally with successful joint activities of local executive authorities and non-government organisations. There are currently 169 tourist companies operating in Astana.

Meanwhile, bringing all these people into the capital and Almaty means more passengers for Air Astana. The carrier plans to focus on further expansion of its short-haul international network in 2013 as it looks to build its position as the strongest carrier in Kazakhstan and across Central Asia. Moreover, it plans to open up several regional routes together with long-haul flights, including services to Hong Kong and Ho Chi Minh City, in Vietnam.

Air Astana also increased capacity to China in 2012 as it launched two weekly flights from Astana to Beijing and upgraded the Almaty-Urumqi service from three weekly flights to daily. In 2014, the carrier is looking to take services to Singapore and Tokyo.

These are heady days for Kazakhstan’s tourism industry. As the country takes on the mantle of leadership of Eurasia, and its trade and relations reach to China, Western Europe and beyond, more tourists – and bloggers – will turn up to see what all the fuss is about. The unique sights of the country will inevitably pique their interest and lead to greater numbers of visitors – along with foreign investors eager for a share of the spoils.